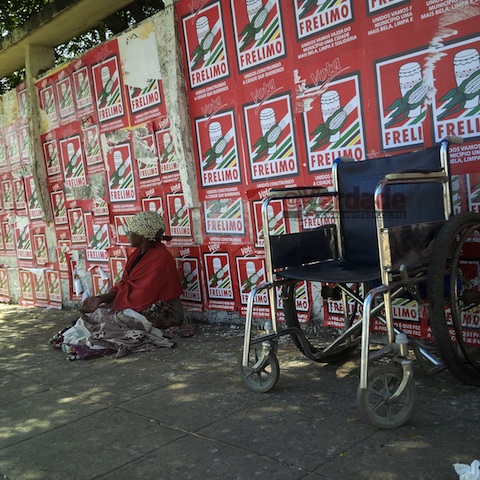 The government had not reviewed its grants to the poorest since 2015. Last year (2017) it reduced the Basic Social Allowance to zero, although it spent millions on luxury cars. Now, it has finally increased the subsidies of Social Assistance Programmes. The elderly and disabled will receive only 230 to 390 meticais more.

Since the discovery of the illegal debts of Proindicus, EMATUM and MAM, the government has not reviewed its Social Assistance Programme subsidies, despite inflation in food products surpassing 40%.

In fact, @Verdade revealed that the government had even cut funds for the Basic Social Protection programmes of the poorest and most disadvantaged in Mozambique. In 2017, 500 million meticais less than in the previous year was allocated.

Meanwhile, @Verdade discovered that, in the execution of last year’s State Budget, the 1.7 billion meticais allocated and approved for Basic Social Allowance were not even available to the nearly 500,000 elderly and disabled beneficiaries.

Still, the head of state said in a message on Senior Citizens Day on Monday that “As a government, we have carried out various actions aimed at the protection and socio-economic inclusion of the elderly with the implementation of the social security policy and the basic social security system”.

The government, after having again reduced in the early months of 2018 the Basic Social Allowance that it actually paid out at about 325 million meticais in early September, finally updated the amounts of all the subsidies within the Social Assistance Programmes.

At least 730 meticais per month required for a basic diet

For a household consisting of three people, the Basic Social Allowance is 740 meticais, against the previous 460 meticais monthly, and in the case of households with four people it was raised from 530 to 840 meticais.

For a household with five or more people, the Basic Social Allowance rose from 610 to 1,000 meticais, with effect from 1 September last. These amounts are still far below basic food needs. Calculations by @Verdade indicate that it takes at least 730 meticais to feed an adult person for a month with a Basic Food Basket consisting of four kilograms of cornmeal, six cups of peanuts, four coconuts, six cups of nhemba beans, six fresh tomato cups, one kilogram of onions, salt, two kilograms of brown sugar and one litre of s alimentares. cooking oil.

In addition, the government reviewed the Direct Social Support, where the food basket budgeted at 1,500 went up to 1,650 meticais, the means of compensation to 10,500 meticais and other types of support were set at 3,150 meticais.

The value of the Productive Social Action grant , whose beneficiaries have to work for at least four hours a day for four days a week, has also been revised upwards from 650 to 1,050 meticais.